Kamil: ” It’s about a certain man that haunts my mind. An athletic man with symmetrical proportions, that sometimes comes in my dreams, sometimes when all fall to pieces to let swift images show through. This man is really strange because he comes each time with improbable objects and uses those to create splendid situations. Like the wizard of Oz, a poet or a performer lost in the flow of symbols he conveys. I don’t know if this man tries to pass on to me elements of his own existence or from the mine, but it’s certain that he tells me a kind of story! We discover each other a little bit more every time, with all this years of mixing with. I write on my rough books all what he does in order to never forget from his appearances. Up to now, this man was anonymous for me but recently I have told this anecdote to a friend and we decided to name him ‘Kamcel’… “

The ‘Kamcel’ project born in 2014 from the meeting of two performance artists, with obviously different bodies, one disabled and the second fit. Using this physical gap in performance situations, the two men try to wonder about limit notions and communication between the bodies: How starting from objects or actions the other can appropriate? What is created between? The first idea of the project is to create a performance dialogue between Kamil Guenatri’s imaginary and embodypossibilities of Marcel Sparmann. Situations come mostly from the indicated rough books before.These being vast and varied, performances would be realized in different contexts: public/private, inside/outside, in turn/together… etc. From each situation will be produced a photo performance and the collection would form a visual book, final outcome of the project. This book will also include project questioning with a special page layout that will show the back and forth between both bodies. 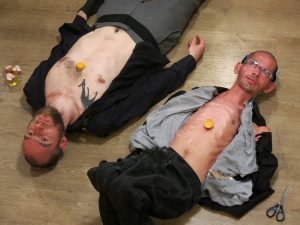 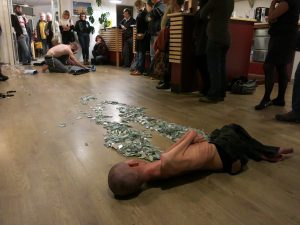 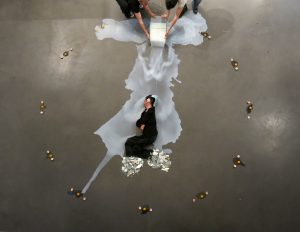 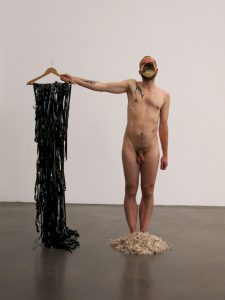 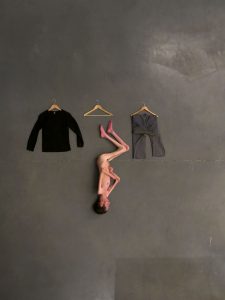 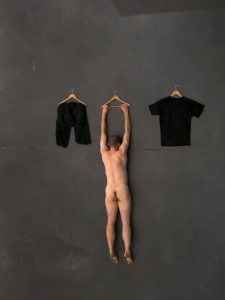