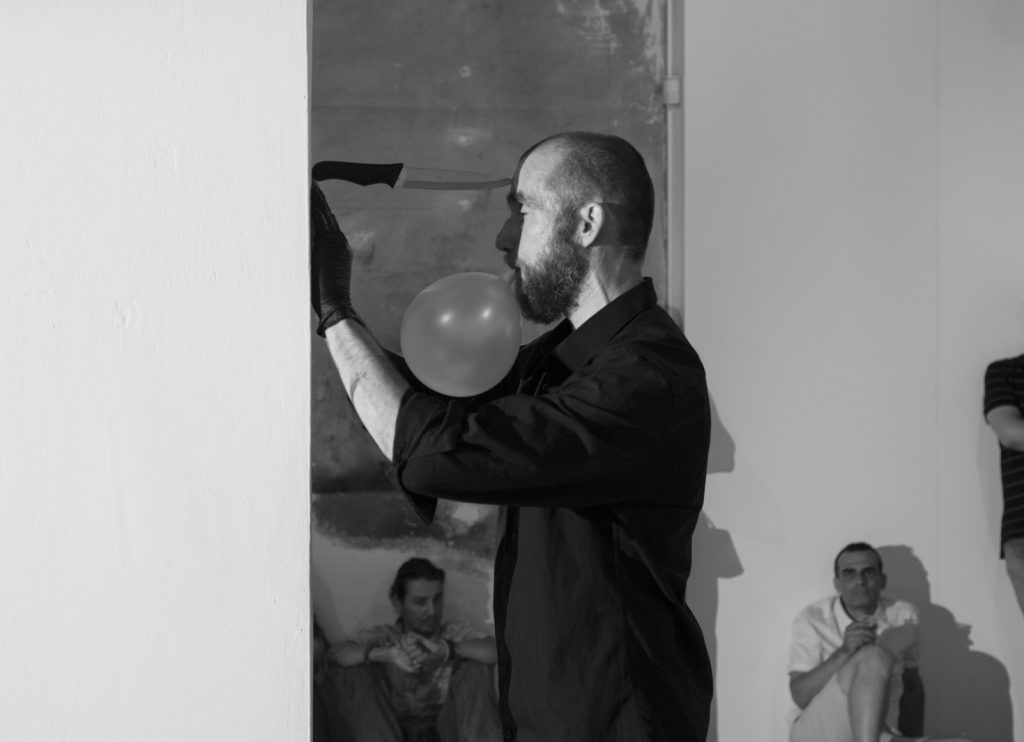 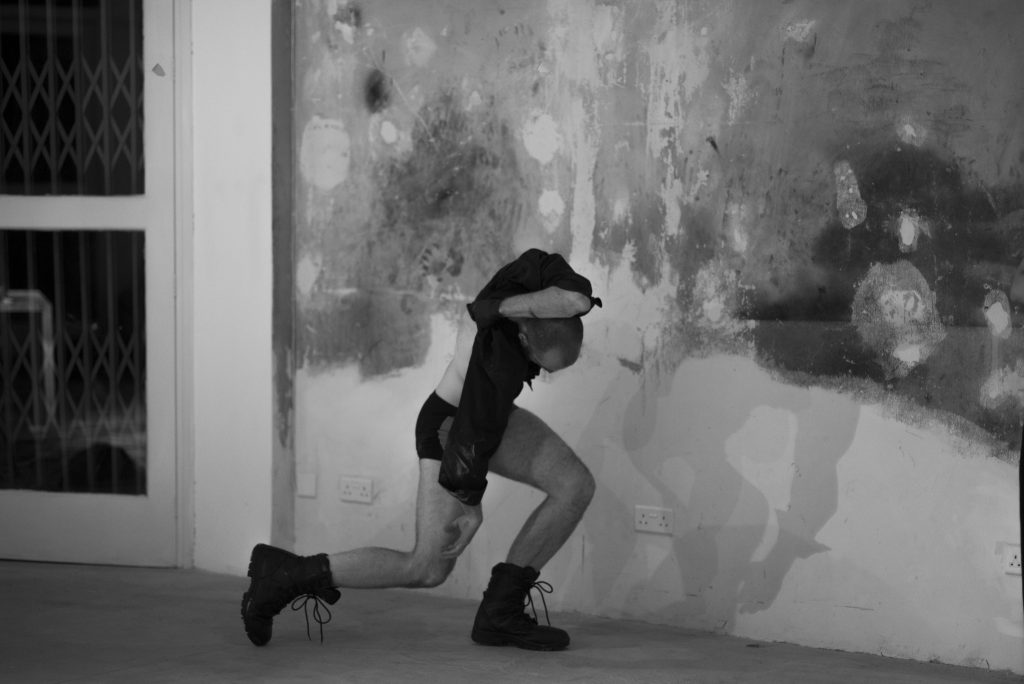 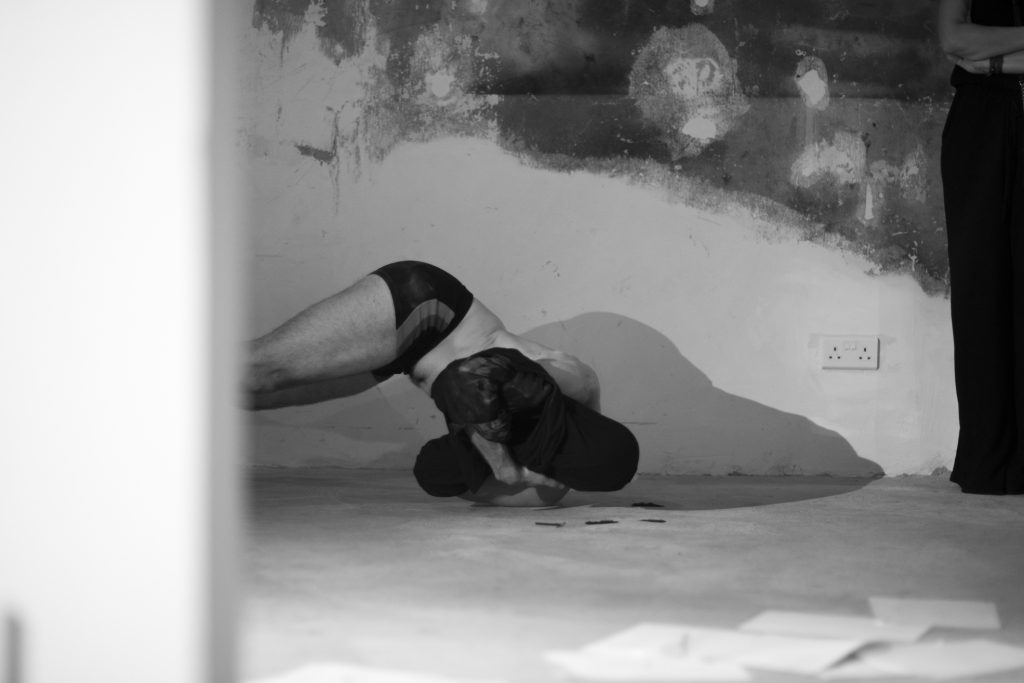 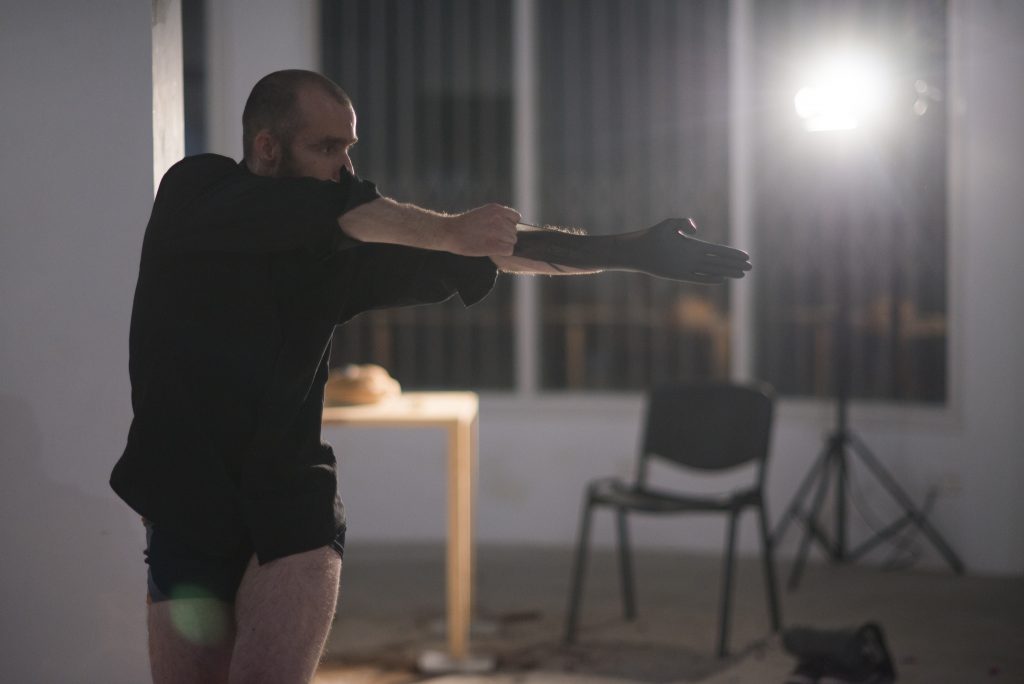 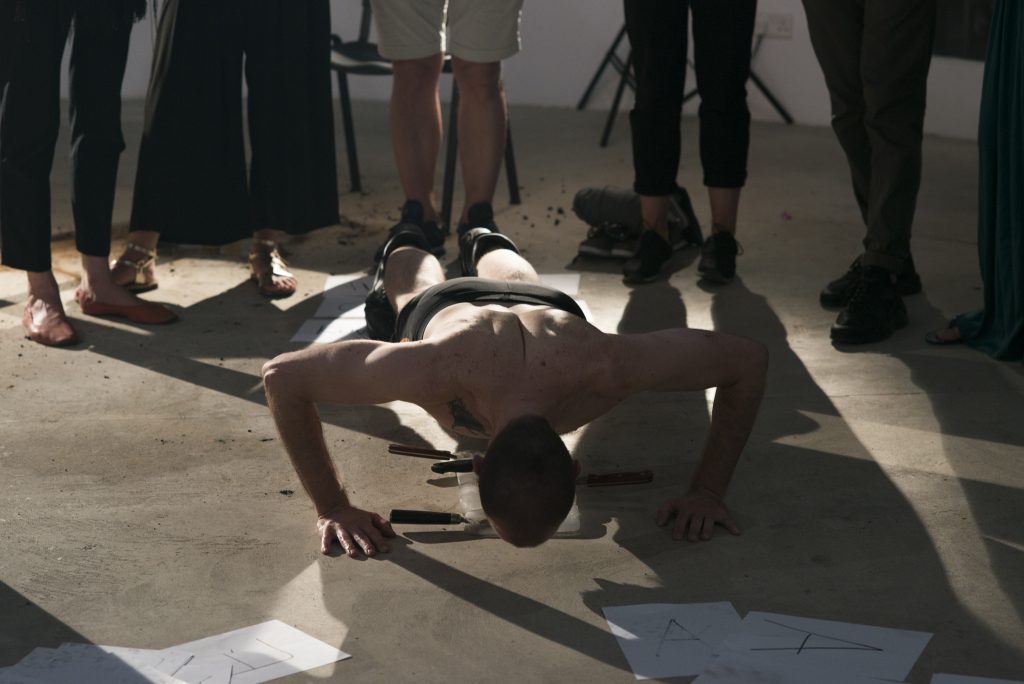 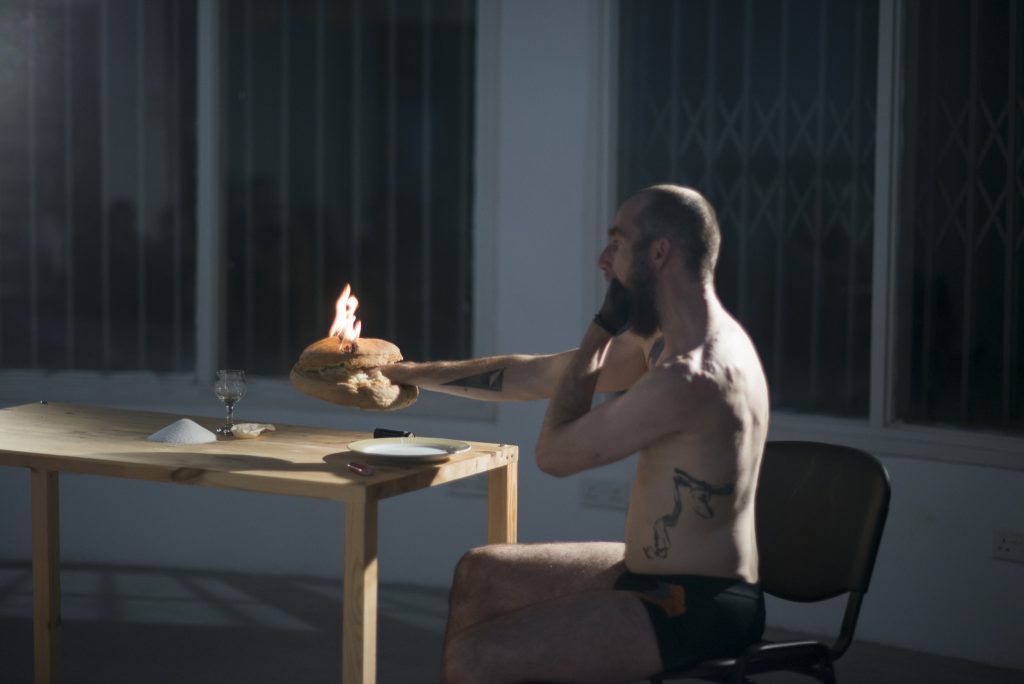 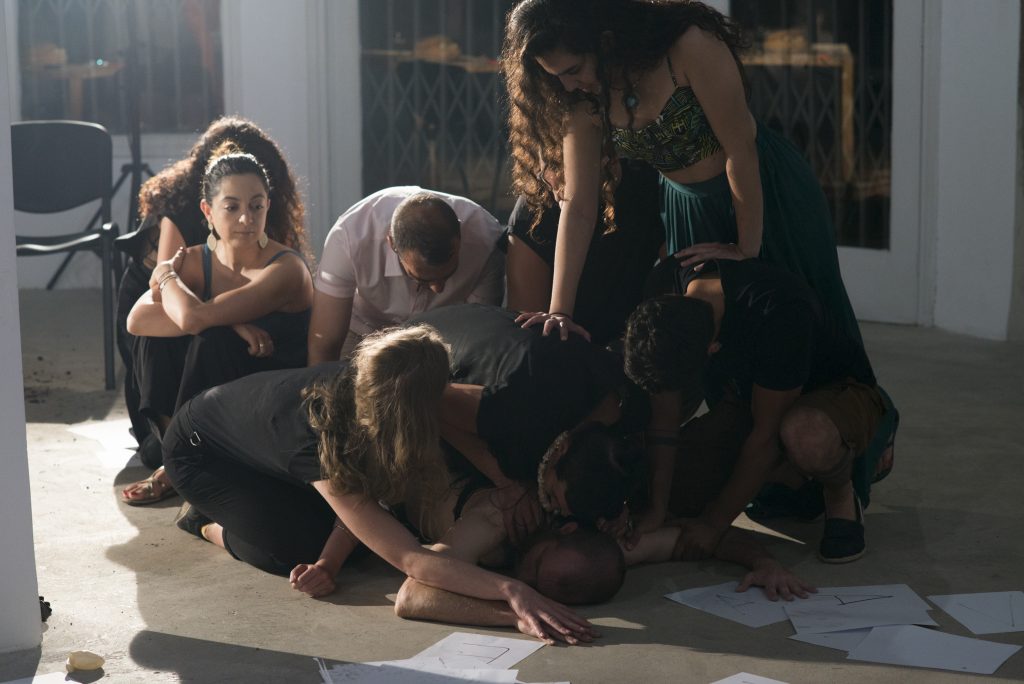 As he radically veers between being both hospitable and threatening, perhaps it is another pair of terms, from Marcel’s mother German tongue that is more fitting for this event. Heimlich – homely, canny and unheimlich – uncanny might provide another prompt by which to consider the performance. In Sigmund Freud’s paper ‘The Uncanny’ the relation between the canny and uncanny hinges on the home. What Marcel creates with his performance is an exploration of this moment of the house/ hunt that moves beyond any language, as ‘we ourselves speak a foreign language’. Thus the moments that seem strangely unsettling occur because of Marcel’s alternating between poles, he is both inviting and discomforting. There is never a moment of ease only an allusion of an intimate setting. As the enunciated words and the verbal intonations become odd or strangely ominous, these are usually followed by a surprisingly threatening action that will give way to a more inviting tone. The space between a settling and an unsettling feeling produce a paradoxical image, a rupture in the perception of the self, a suffusion of the self by an other.


Marcel’s double act, centred on the notion of a homely inside that is invaded by an-other presence, induces a strange slippage between a conscious and unconscious self; a doubling. Anthony Vidler in his essay ‘Unhomely Homes’ writes ‘hence the sinister relation between the double, which is both mask and presentation, and the evil, voracious eye, which demands to be deceived by itself’. As Marcel points towards the host/ guest in a hostile manner, the psychic space of the viewer is affected. Inducing a shock. The strangely unfamiliar disturbs my space… space becomes ambiguous. The sense of my self is no longer here, it lies on the other side of my body. ‘I know where I am, but I do not feel as though I’m at the spot where I find myself’. 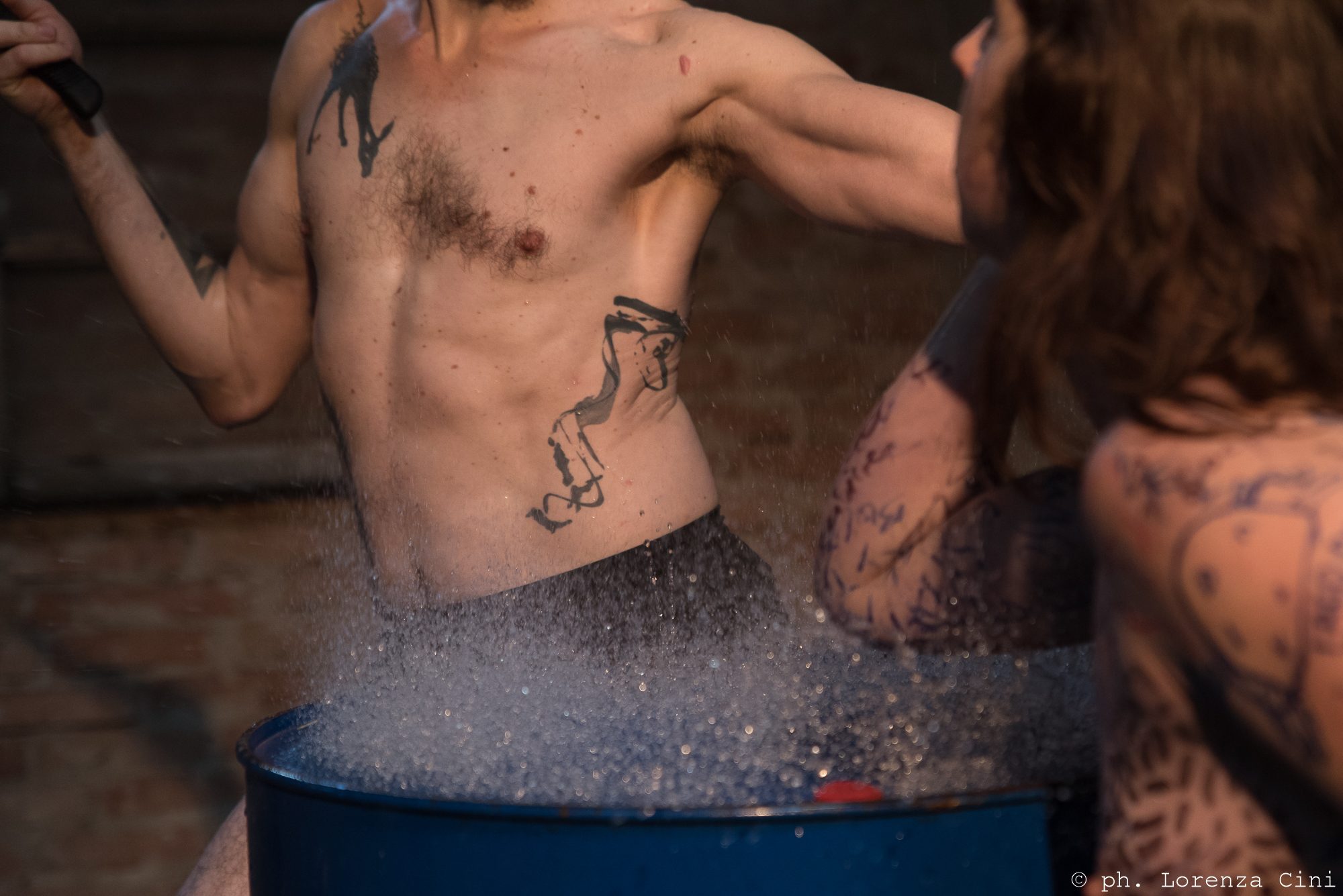 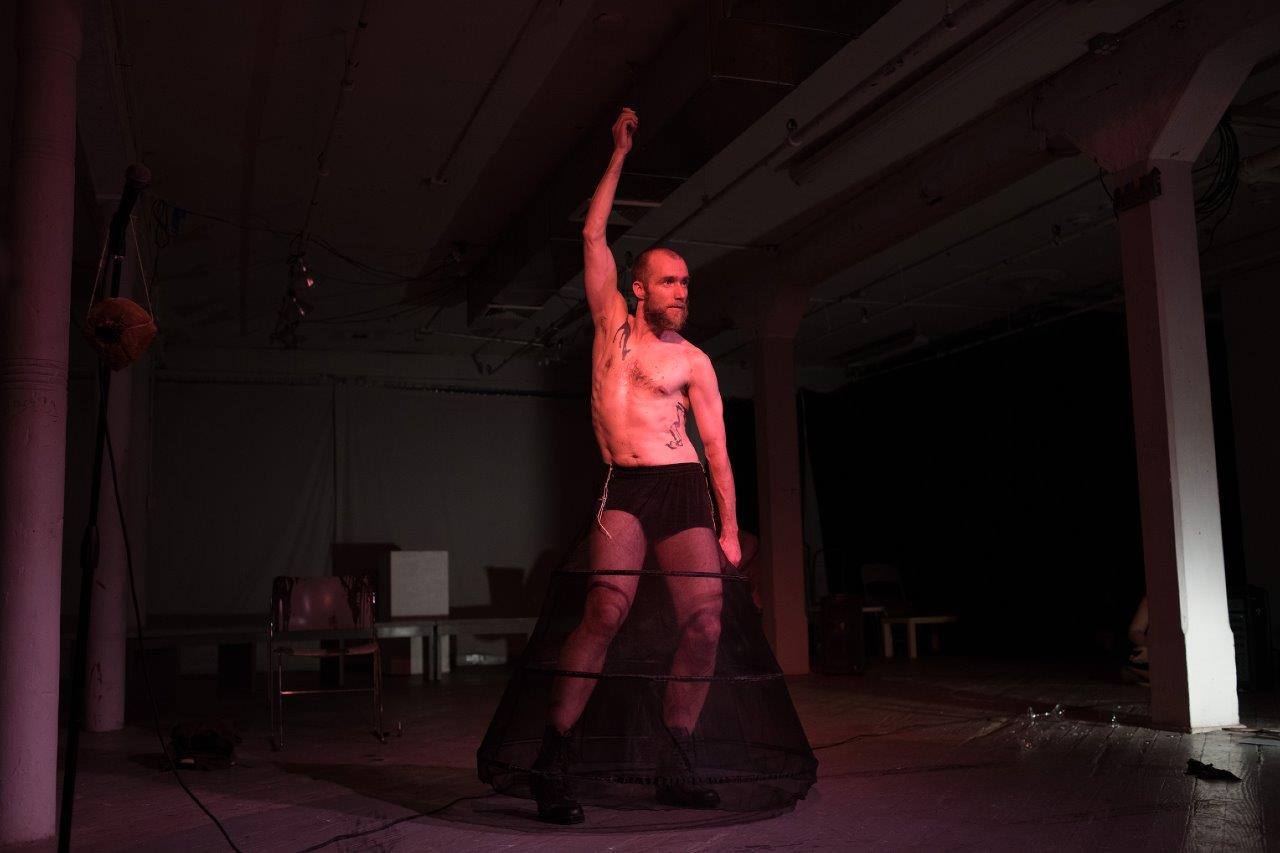 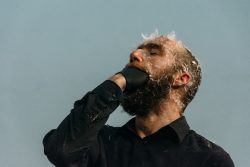